8 surprising uses of cinnamon on the body 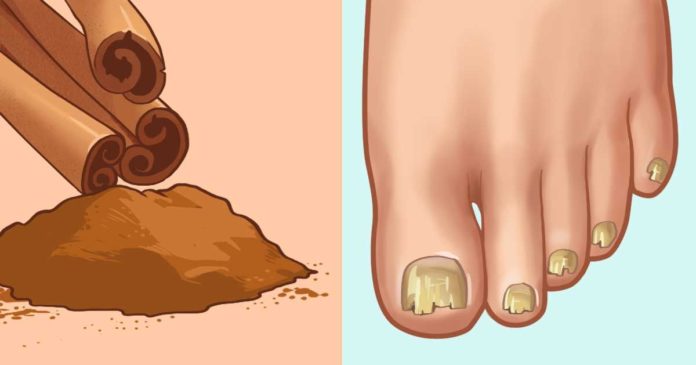 The sweet, woody flavors of cinnamon star in some of the most scrumptious sweets like snickerdoodle cookies and crumbly coffee cake. You may be surprised that despite cinnamon’s association with sugar and desserts, the spice is a super powerful anti-bacterial and anti-fungal agent that can fight diabetes and heal toenail fungus.

1) Treat the flu and stomach bugs: Cinnamon loves to crush bacteria living in your gut. It can even be effective in fighting such nasty and severe bacteria as E.Coli, according to a study published on PubMed.gov. To fight flu and other stomach bugs, Cinnamon Vogue recommends making tea by slowly boiling one Ceylon cinnamon stick in 1.5 cups of water for 15- 25 minutes. Let the tea sit for an additional 15 minutes and watch as the tea turns from pale yellow to a deep golden red.

2) Neutralize odors: Cinnamon is a warm, delightful scent. It is often associated with fall leaves and Christmas morning. Even better, cinnamon is effective at killing bad odors. This is because bad odors are often caused by bacteria, and cinnamon is a natural anti-bacterial. To make a natural and fabulously smelling odor neutralizer, follow the advice of The Kitchn and simply boil a cinnamon stick in a pot of boiling water for 30 minutes. In no time, your home will smell like warm apple pie.

3) Boost Metabolism: Cinnamon is a kick in the butt to your metabolism. It does this by improving blood sugar regulation and slowing the emptying of your stomach, according to an article in the Huffington Post. Use a hack by Fitday and add a teaspoon of cinnamon to your morning cup of coffee, sprinkle it on toast, or mix in in with oatmeal or cereal in order to boost your metabolism first thing in the morning.

Hate toilet issues? Here are 8 useful tricks to help you save hundreds