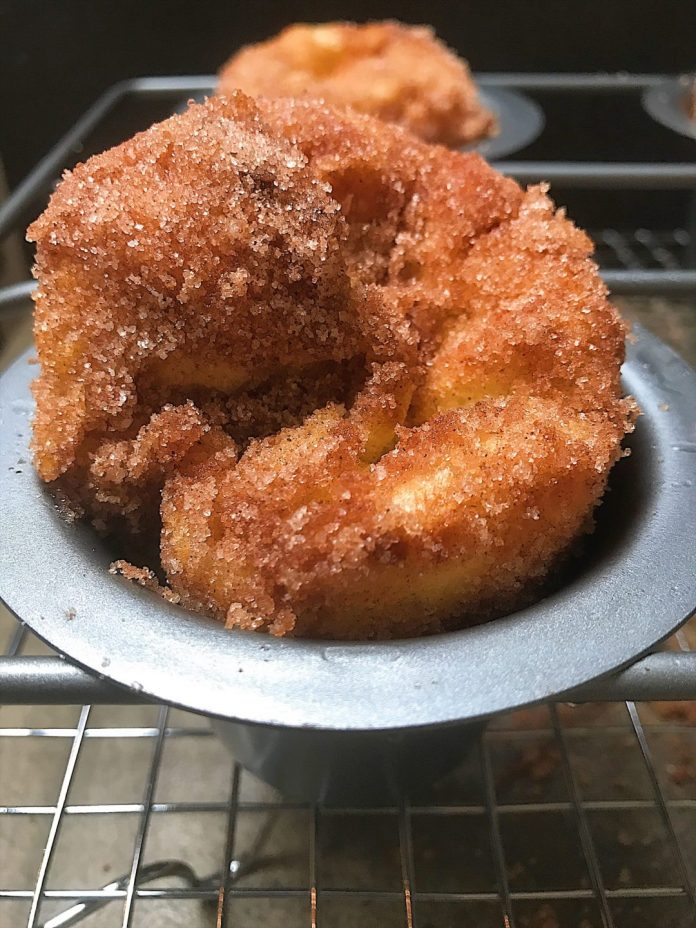 In a medium sized bowl, add milk, eggs, one tablespoon of melted butter. Beat the ingredients until blended. Once the milk mixture is mixed, add the flour and salt and mix until the liquid is bubbling.
While the dough is resting, place your muffin tray in the oven while it is preheating to 450 degrees. Once the oven has finished preheating, remove your pan and evenly distribute the remaining melted butter in the cups. Give the dough another whisk and then add the dough to each cup, filling it up to halfway.
Place your pan in the oven and cook for 15 minutes. While the popovers are cooking, be sure not to open the oven during this time, as the popovers will deflate.
After the first 15 minutes of cooking, lower the oven temperature to 350 degrees and cook for another 15 minutes. During these 15 minutes of cooking, you can open the oven door to check the popovers. The popovers are ready when they are browned.
Once the popovers have finished baking, put them on the cooking rack. To allow the steam to escape from the popovers, pierce the bottom of each popover. Cool them for a few minutes and then dip each popover in butter and then in sugar and cinnamon. Repeat until each lid is covered with cinnamon sugar. Enjoy!

Easy air fryer doughnuts that are made from refrigerated cookies! Only 4 ingredients and 5 minutes to make, these delicious doughnuts will be your...
Read more
RECIPES

How to make Chocolate Fudge

The Christmas Cactus is a beautiful plant that produces bright, delicate blooms during the holiday season. It’s not just a seasonal plant, however. Many...
Read more

Rescued strays always remember the kind people who saved them from a miserable life on the streets. At first, things didn’t look very bright for Chunk....
Read more